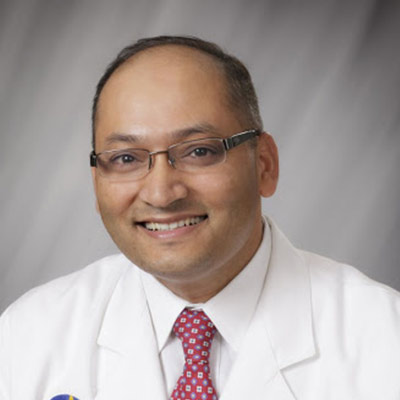 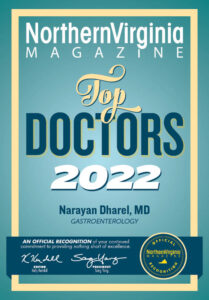 Dr. Dharel is triple Board Certified in Internal Medicine, Gastroenterology and Transplant Hepatology. Dr. Dharel is proficient in the diagnostic and therapeutic endoscopic procedures including EGD; esophageal dilation; screening, surveillance and diagnostic colonoscopy; hemorrhoid banding; luminal stenting; video capsule endoscopy and Radiofrequency Ablation (RFA) of Barrett’s. His areas of interest include colon cancer screening and prevention, GERD, Barrett’s, Fatty Liver/NASH and other liver diseases. Dr. Dharel has been deeply involved in scientific research, has presented in national and international meetings, received numerous awards and has authored several original articles, reviews and book chapters in the field of gastroenterology and hepatology. Some of his most recent articles can be accessed via Pubmed (www.mcbi.mlm.nih.gov/pubmed).

Dr. Dharel currently serves as the Medical Director of Endoscopy at Mary Washington Hospital. He is a visiting faculty member of Virginia Commonwealth University at the Division of Gastroenterology, Hepatology and Nutrition and also serves as a preceptor for the Virginia College of Osteopathic Medicine. Dr. Dharel has been recognized as one of the region’s top gastroenterologists by Northern Virginia Magazine in 2020.

At Fredericksburg Endoscopy Center, the physicians are experienced in diagnosing and treating a variety of gastrointestinal issues. Schedule an appointment by calling (540) 371-7600